Rep. Chris Stewart On Russian Meddling, Health Care And The ‘Challenge’ Of Trump 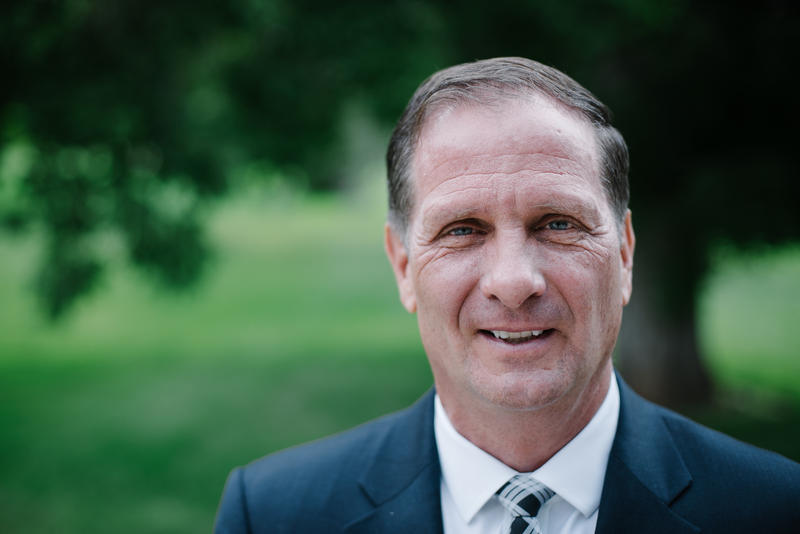 As part of KUER’s ongoing series of congressional candidate profiles, Nicole Nixon spoke with Stewart about Russian meddling in U.S. elections, his votes to repeal and replace the Affordable Care Act, and the “challenge” of the Trump Administration.

Some responses have been edited for length and clarity.

Nicole Nixon: Are you worried about Russian meddling in this year’s midterm elections?

Rep. Chris Stewart: Absolutely. I was in Moscow in August before the election and I came home and I did dozens of media interviews saying they’re going to mess with our elections, they’re going to try to interfere. And they did, there’s no question about that. One of the reasons that the House Intelligence Committee – which I sit on – was so anxious to release our report last spring was so that we could prepare for the 2018 midterm elections. We had 47 recommendations that we feel would help us counter some of this interference.

N: You have previously said that there’s no evidence that Russia was trying to help President Trump in the 2016 election, do you still believe that?

S: What we said, what the intel committee concluded, was that the tradecraft – the process – that the CIA, and other organizations, but primarily the CIA went through was found to be lacking. And there’s no question that that’s true. They rushed to report and we were concerned about the process that they went through, and whether that process allowed them to come to an accurate conclusion.

But putting all that aside, here’s the end of the day, bottom line reality: you can’t know what Vladimir Putin wanted unless you can crawl inside his head and actually read his thoughts. But I’ve got to tell you, it doesn’t matter. It truly doesn’t matter. The reality is that they interfered, they were successful at it, and we’ve got to do everything we can to counter that.

Here’s the end of the day, bottom line reality: you can’t know what Vladimir Putin wanted unless you can crawl inside his head and actually read his thoughts.

There’s a distinction to make here, too, which is important. There’s a difference between actually affecting the outcome of an election by changing votes – going in and manipulating the voting machine – we have no evidence that that occurred. And again, I don’t know that they ever actually tried to do that. The intel indicates that they were trying to penetrate a couple of voter registration databases, for example, but not actually voting machines.

The bigger thing, the thing that they’re very successful at: they want to break down the foundation of democracy. They want to break down people’s trust in the electoral process. They want to make us angry and frankly, in some cases hate each other. And they’ve been very successful in that. And I think that’s a that’s a harder challenge to address because you’re talking about opinions and people’s perceptions of things. And it’s a little bit harder to fix that.

N: Your opponent in this election, Shireen Ghorbani, is criticizing your votes to repeal the Affordable Care Act. If Obamacare isn’t working, what do you think is the right solution for making sure that people have access to health care?

S: Ever since I came to Congress this has been an enormous issue. And I’ve had the opportunity to meet with hundreds, maybe even more than a thousand Utahns, people in my district, who have been negatively affected by Obamacare. We were promised that it would drive down the cost of healthcare by $2,500 for a family of four. Exactly the opposite has happened. And I just felt like we could do better. So repealing Obamacare itself is not enough. You have to replace it with something and have those priorities: protect pre-existing conditions, protect Medicaid and Medicare, protect women’s health, drive down costs.

There’s no question about it, health care is a real challenge for America. Obamacare, I believe, was a sincere effort to make it better. My conclusion was that it didn’t and we could do better. And I hope we have a chance to do that.

N: You are working on a couple of public land bills that would affect Utah. Can you explain what those would do and why they’re important? 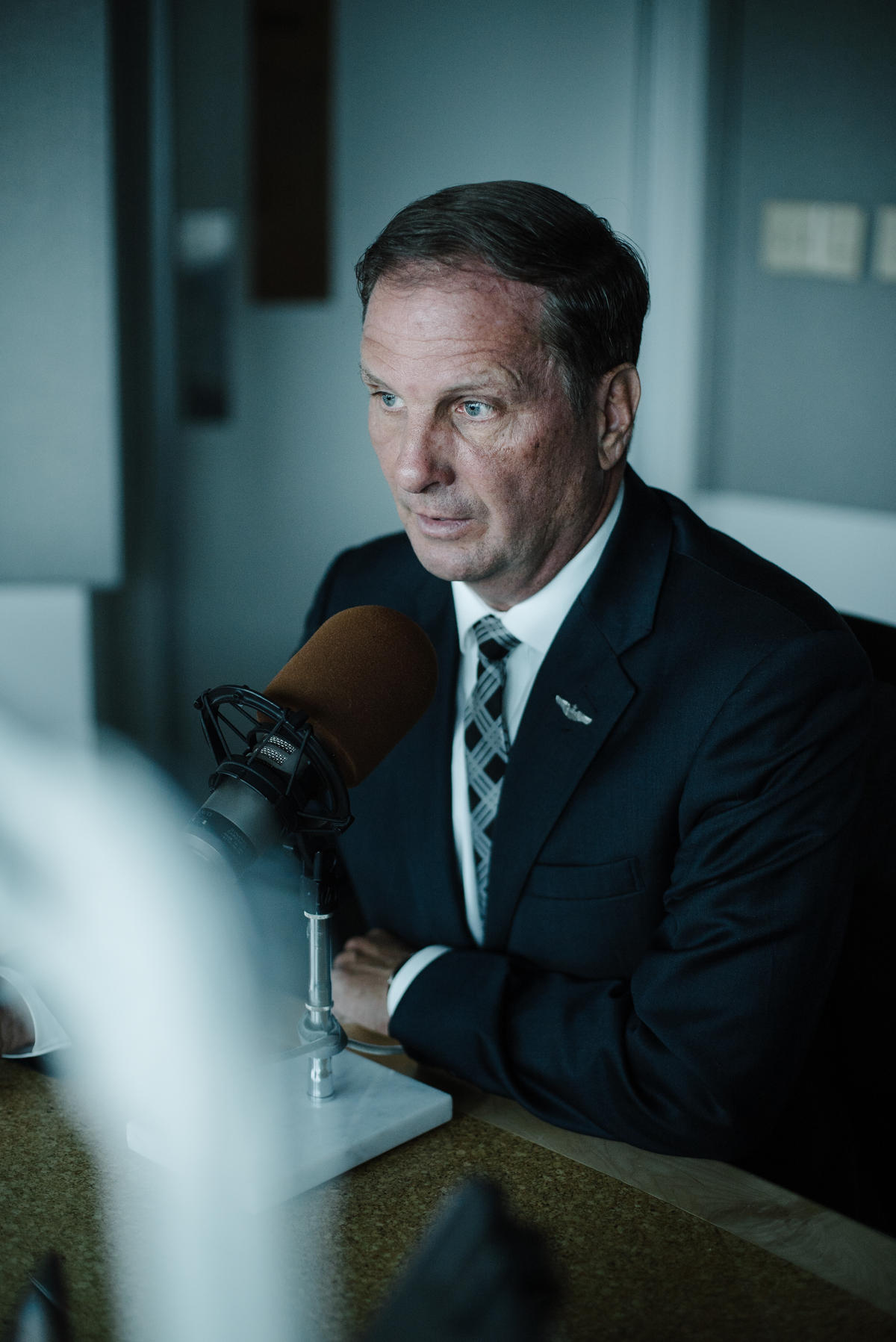 One of our initiatives is to take part of the (Grand Staircase-Escalante) National Monument now, and actually turn it into a national park. It’s worthy of being a national park. It’s that spectacular. One of the things we hope to accomplish by that is if you go down a Moab, for example. Oh my gosh, it’s like walking around a Walmart. It’s crowded everywhere. You can’t find a place to park many times, you don’t have that kind of serene, isolated experience, and (there’s) congestion in Zion and in many of the others as well. So we hope by creating this sixth national park we relieve some of the congestion in some of the other national parks. The third thing is tourism is an important part of the industry and economic culture in rural Utah. And this would help foster that, it would encourage that. We think that’s a good thing.

I do think there’s this one economic reality and that is it’s difficult to raise a family if the only option before you is a is a job in the tourism industry. So we would hope to open up other economic avenues other economic opportunities for people in rural Utah. I kind of feel like I’m standing up for the little guy a lot of times, having talked to some of these ranchers, having talked to some of these families who have a couple of generations who have been coal miners and they feel like, ‘These opportunities being taken away from me. I can’t raise my family, I’m going to have to move up to Salt Lake City and find a job up there.’ Let’s see if we can find ways where they can stay there. If they can work in the tourism industry, great. If they want a working cattle and ranching, great. Can’t we find ways where we could allow them to do all of these options?

N: How would you grade the Trump administration halfway through its first term?

S: I have kind of this bit of a challenge with the administration because I support his policies – they’ve helped so many Americans. Lowest African-American unemployment rate ever, lowest Hispanic unemployment rate ever, incomes are rising, (we have) more jobs now than we have workers. We’ve defeated ISIS, we’re confronting China in the South China Sea, and we have judicial nominees which I’m very, very supportive of. I support those things, but on the other hand, he makes my job so much harder with some of the things he says and some of the things he tweets.

His press conference in Helsinki was indefensible. I was on an airplane flying back to D.C. when he held that press conference and when I landed and heard what he said, I immediately talked to the media and said, ‘Mr. President, you’re wrong. You should correct the record and you should defend the work of the intelligence community.’ So, there are times when I have to challenge the president and there are times when I want to defend his policies because I think they’re helping Americans.

Rep. Chris Stewart On Russian Meddling, Health Care And The ‘Challenge’ Of Trump

Trump allegedly moved to fire Mueller, a move that would worry Utah’s Stewart

Rep. Chris Stewart joins other Republicans in calling for Sessions to step down (1447)

Rep. Chris Stewart On Russian Meddling, Health Care And The ‘Challenge’ Of Trump (624)

Subscribe to get Chris Stewart's newsletter and latest campaign updates.